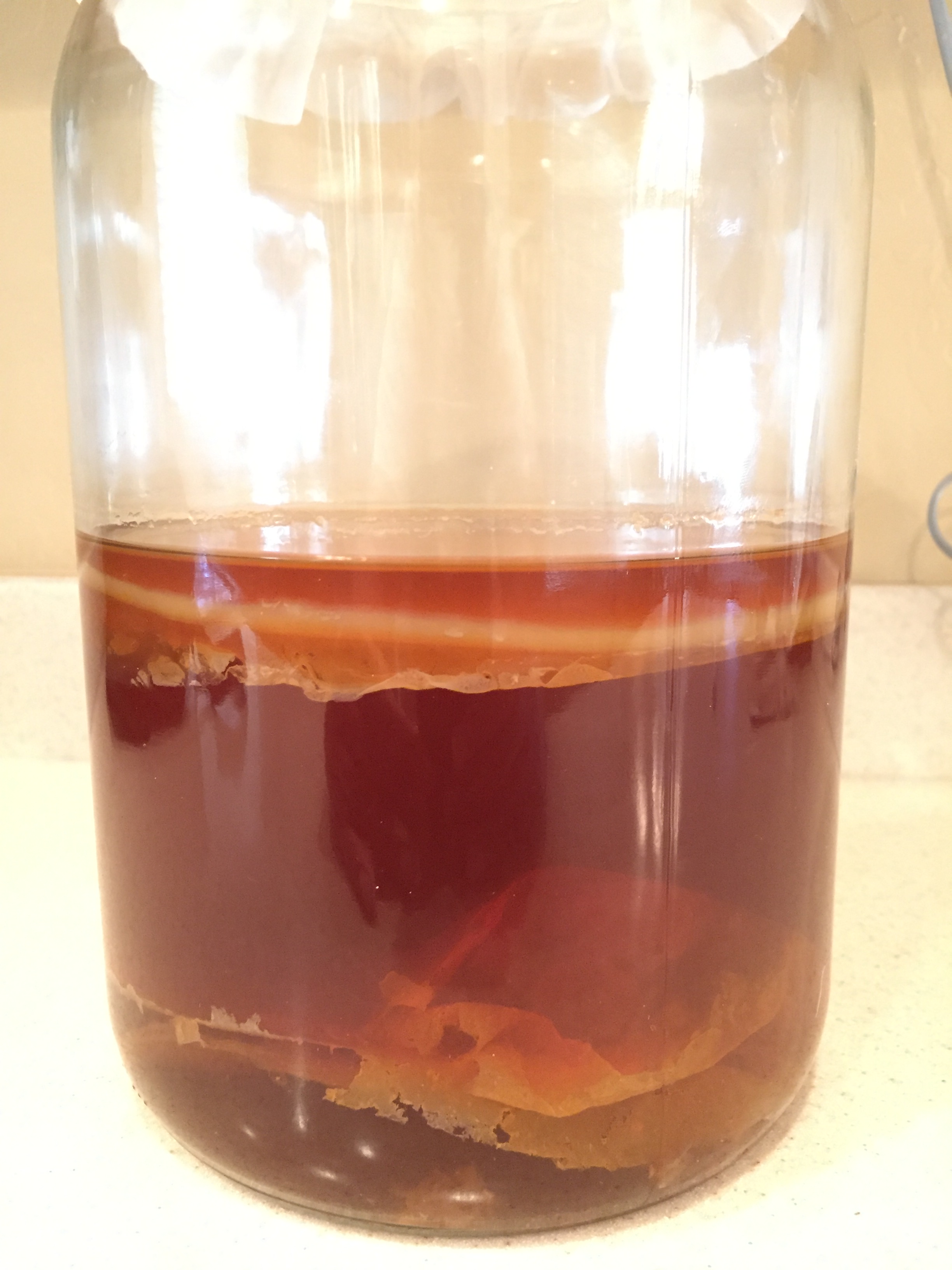 What can a symbiotic colony of bacteria and yeast (SCOBY) found in kombucha teach us about cooperation?  Our summer grant engaged students in a citizen science project using the popular fermented drink Kombucha. The fermenting process allowed students to explore cooperation at the microbial level, as well as identify key elements of an experimental research design. Kombucha forms a microbial ecosystem where bacteria and yeast cooperate to create a protective barrier (SCOBY) against harsh environmental changes and invading pathogens, while allowing other microbes to remain as members of the ecosystem. Manipulating the environment in which SCOBY develops provides an opportunity to explore cooperation and conflict in a living ecosystem.

We purchased a few supplies for the project including a commercial SCOBY, some coffee filters, a large box of black tea for brewing and large wide mouth gallon jar.  After three weeks of sitting on my kitchen counter our kombucha was ready for use in our experiment and before you ask ….no, I did not taste it before using it in the experiment.

The maintenance phase of the experiment lasted 14 days.

What did we learn from our home brewing experience? Students liked seeing the SCOBY hotel (image at the bottom) and the individual SCOBY floating in the mixture. They were curious about the experiment and growing the kombucha.  This project was also an opportunity for the students to participate in an experiment.  I will be replicating the experiment in Fall 2018 with my PSY132 Psychology and Culture course when we talk about cooperation and social behaviors.  Psi Beta will be replicating and expanding on the study during Psychology Day in November – where we hope to get participants with more pathogens.

Copy those tabs, then close them

Our static website is available on the #GCCAZ employee intranet: employees.gccaz.edu/ctle/

Center for Teaching, Learning & Engagement • blame cogdog • SPLOTbox theme is based on Garfunkel by Anders Norén.